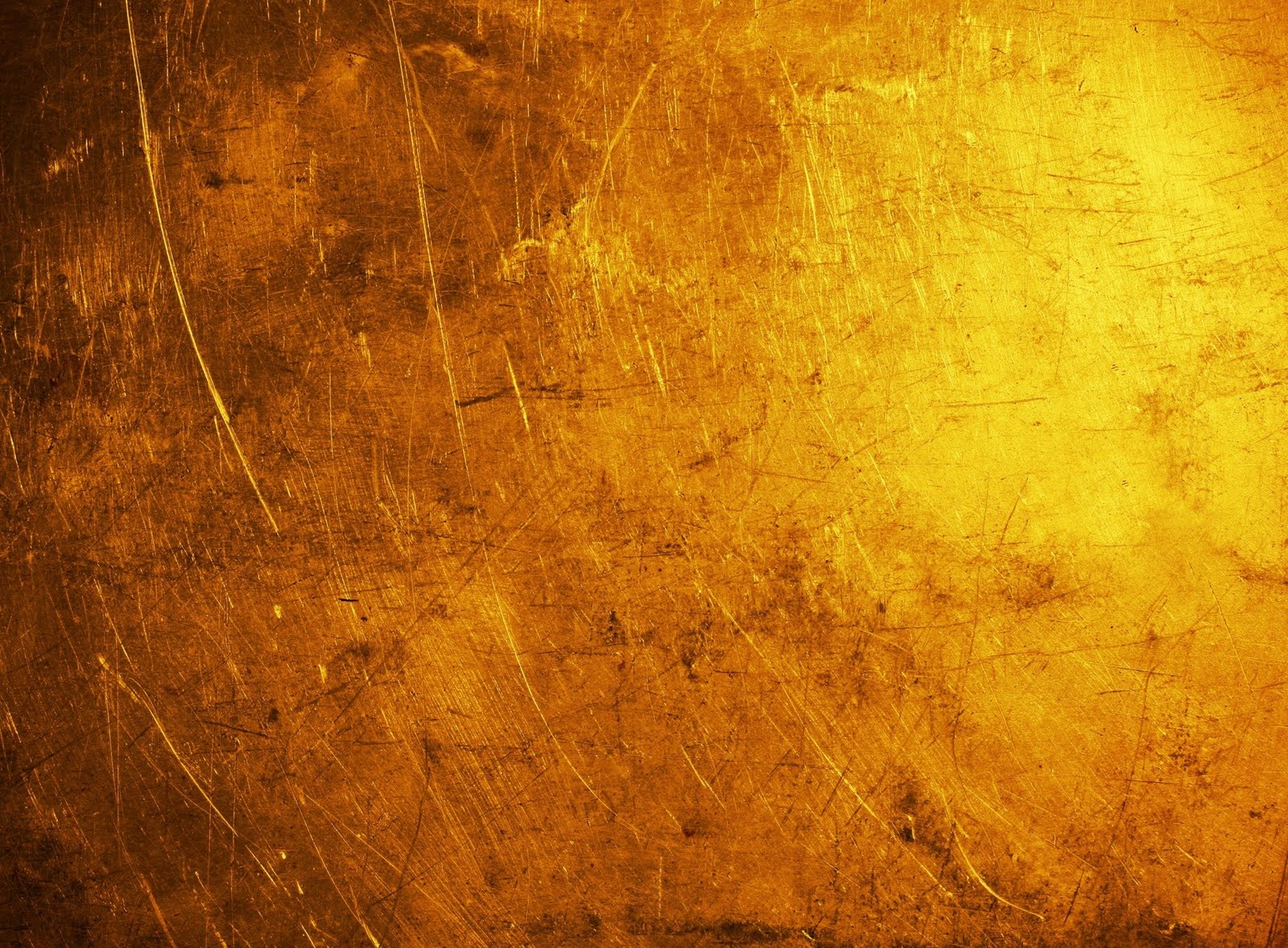 President of the Jury

Giuseppe Tornatore (born 27 May 1956) is an Italian film director and screenwriter. He is considered one of the directors who brought critical acclaim back to Italian cinema. In a career spanning over 30 years he is best known for directing and writing drama films such as Everybody’s Fine, The Legend of 1900, Malèna, Baarìa and The Best Offer. Probably his most noted film is Cinema Paradiso, for which Tornatore won the Academy Award for Best Foreign Language Film. He has also directed several advertising campaigns for Dolce & Gabbana. Tornatore is also known for his long-standing association with composer Ennio Morricone, who composed music for thirteen Tornatore feature films since 1988. Born in Bagheria near Palermo, Tornatore developed an interest in acting and the theatre from at least the age of 16 and put on works by Luigi Pirandello and Eduardo De Filippo. He worked initially as a freelance photographer. Then, switching to cinema, he made his debut with Le minoranze etniche in Sicilia (The Ethnic Minorities in Sicily), a collaborative documentary film which won a Salerno Festival prize. He then worked for RAI before releasing his first full-length film, Il Camorrista, in 1985. This evoked a positive response from audiences and critics alike and Tornatore was awarded the Silver Ribbon for best new director. Tornatore’s best known screen work was released in 1988: Cinema Paradiso, a film narrating the life of a successful film director who has returned to his native town in Sicily for the funeral of his mentor. This obtained worldwide success and won an Academy Award for Best Foreign Language Film. Subsequently, Tornatore released several other films. In 2007 he won the Silver George for Best Director at the 29th Moscow International Film Festival for The Unknown Woman.

Silvia D’amico is an Italian actress who graduated from the National Academy of Dramatic Art in 2009. She immediately began an important theatrical journey, directed by Carlo Cecchi in A Summer Night’s Dream. In 2012 he made his film debut with Il rosso e il blu by Giuseppe Piccioni. He later distinguished himself for his performance in the choral comedy Up to here all good by Roan Johnson, for which he received a Special Mention from the National Union of Italian Film Journalists. In 2015 he participated in the starring role in the film Non Be Bad by Claudio Caligari, his performance was highly appreciated by the critics of the Venice Film Festival. He returns to the Lido festival again the following year to present Alessandro Aronadio’s Ears. In 2016 he took part in the fiction Squadra antimafia – The return of the boss in the role of Rosalia Bertinelli. Also for TV she was the absolute protagonist of the film event You forgive but kneel, directed by Claudio Bonivento.

Riccardo Neri started his film carrier in 1989 and since then he covered all the positions in the production departments becoming over the years line producer, executive producer and producer. In 1996 he worked on his first international feature film Portrait of a Lady directed by Jane Campion. He continued his career in Italian and international productions working as a UPM on Kundun directed by Martin Scorsese, The Legend of the Pianist on the Ocean directed by Giuseppe Tornatore, Gallo Cedrone directed by Carlo Verdone, Under the Tuscan Sun directed by Audrey Wells, and Gangs of New York  directed by Martin Scorsese and The Bourne Supremacy directed by Paul Greengrass. As Line Producer or Executive producer he produces The Listening directed by Giacomo Martelli, L’imbroglio nel Lenzuolo directed by Alfonso Arau, Il Mio Miglior Nemico directed by Carlo Verdone, Third Person directed by Paul Haggis. Between 2018 and 2019 he Executive Produced for HBO/SKY the tv series The New Pope directed by Paolo Sorrentino and We Are Who We Are directed by Luca Guadagnino. In 2020 Riccardo Executive Produced Paolo Sorrentino’s Netflix debut The Hand of God produced by The Apartment and selected in competition at the 78 Venice Film Festival 2021. In 2004 Riccardo created Lupin Film, an independent production company through which he produces Italian projects for an international audience. Over the years, the company produced the Italian feature film Nero Bifamiliare by Federico Zampaglione, A Mao e a Luva, then he joins Alex Grazioli in the production of Odyssey in Rome with Abel Ferrara, Juliette Binoche and Marion Cotillard.

Sharese Bullock-Bailey is an Emmy-nominated producer, strategic consultant and leader in social impact storytelling. Sharese received a BA in Communications at the University of Pennsylvania, then participated in the Goldman Sachs Financial Analyst Program. She is a 2015 Ford Foundation Rockwood JustFilms Fellow and a 2016 New York Community Trust Leadership Fellow. She is an Executive Board Member at Independent Television Service (ITVS) and The Frick Collection. Sharese oversees special projects and initiatives to strengthen and grow GFS programs, partnerships, mission and brand to internal and external stakeholders, increasing organizational impact and reach.

Manuela Rima works at Rai Cinema, in the Strategic and Digital Marketing sector, he deals with research and production of ad hoc content for the web area dedicated to cinema. Graduated in Modern Literature at the University of Bologna, after a Master in Marketing and Communication at the IULM University of Milan, she began working for Mediaset as assistant director of TV programs, in 2006 she moved to Rome to follow her passion for cinema and here he works for various film sets, before joining the staff of Rai Cinema in 2011.

JURY OF THE ANIMATION SHORT FILMS

Luca Della Grotta is an expert in Computer Graphics and Composting. He started working as an independent visual artist in 2002. His passion for feature films pushed him to move towards the film industry. In 2008 he worked with vision Digital at VFX for the film Il Divo, winning the David di Donatello for the best visual effects with the studio. With Chromatica, he has signed more than 50 films, as a digital artist and visual effects supervisor. In 2013 he won another David di Donatello, this time nominal, for the Vfx of La Grande Bellezza. In 2020 his first animated film as director and Art director is released in Italian cinemas: Trash, the legend of the magic pyramid “(Shanghai international film festival, Silk road international film festival, Cinekid festival 2020, Alice nella città 2020, Festival de cine italiano de madrid 2020, Globo d’oro selection 2020, Giffoni school experience 2020). At the moment he works at Al-One as art director and director for his new feature film. He is a founding member of a school of digital creativity “Artithesi “and teaches” Digital animation techniques “at the Academy of Fine Arts in Rome.

Alessandro Martorelli (Martoz) has published comics with Coconino Press, Feltrinelli Comics, Shockdom, Canicola, Progetto Stigma, Actes Sud and Dark Horse. He has collaborated with Internazionale, La Repubblica, La Stampa, Il Sole 24 Ore, Linus, Jacobin Italia and Associazione Illustri. In 2019 he won the Lucca Comics Gran Guinigi Award as best designer. He has exhibited his work in galleries around the world, including Tokyo, Moscow, Los Angeles, Buenos Aires and Paris. He created the illustration of the Rome Creative Contest 2014 and 2021.

Adriano Sanna is a Crowd TD, he deals with the generation and simulation of crowds in full CG in the sequences of important animated films at Skydance Animation. Before specializing in this particular area now very widespread in VFX and animated films, he worked in various roles on personal projects, TV commercials and entertainment products, collaborating with leading brands such as TIM, VODAFONE, BULGARI and VOLKSWAGEN. His strong interest in technology and animation has always pushed him to experiment and study new techniques and technologies, applying them to products closely related to animation cinema. Since 2014 he has been teaching Digital Animation and Computer Graphic Techniques at the Academy of Fine Arts in Rome

JURY OF THE DOCUMENTARY SHORT FILMS

He was born in Mexico City where he began experimenting with new narrative languages ​​between film, advertising, television, theater and performance. At 25 he decides to change his life and moves to Italy. Since that day he has been writing highly successful documentary and fiction films for cinema and TV, produced by the most important players in the world such as BBC, National Geographic, Artè France-Germany, RAI, Sky, ZDF Germany, CBS USA, NBC USA, CBC Canada, TVE Spain, TF1 France, Svt Sweden, NRK Norway, SBS Australia, among others. The Metropolitan Museum of Modern Art N.Y and the Soros Foundation have selected some of Jesus’ works as part of their permanent collection. Jesus’ films have been selected in some of the most important festivals in the world such as the Venice International Film Festival, the Beijing Film Festival and others. Winner of the 2018 Golden Globe as best Italian documentary. Director of the most viewed documentary in the history of Italian cinema, as well as that of Italian pay TV. It reaches number 1 at the theatrical box office in more than 10 countries. Forbes magazine names him one of the most creative Mexicans in the world of 2018. Nominated for Best Classic Film at the Venice Film Festival. Nominated for Best Documentary at the Prix Europa.

She’s been a professional film editor for 12 years, she worked on every kind of audiovisual format

Commissioning Editor for RAI Documentaries since 2020, he has been responsible and author, since 2014, of the DOC3 slot on Rai3 dedicated to Italian and international documentaries. He worked for RAI Sat, TG1 and Storie Maledette with Franca Leosini.